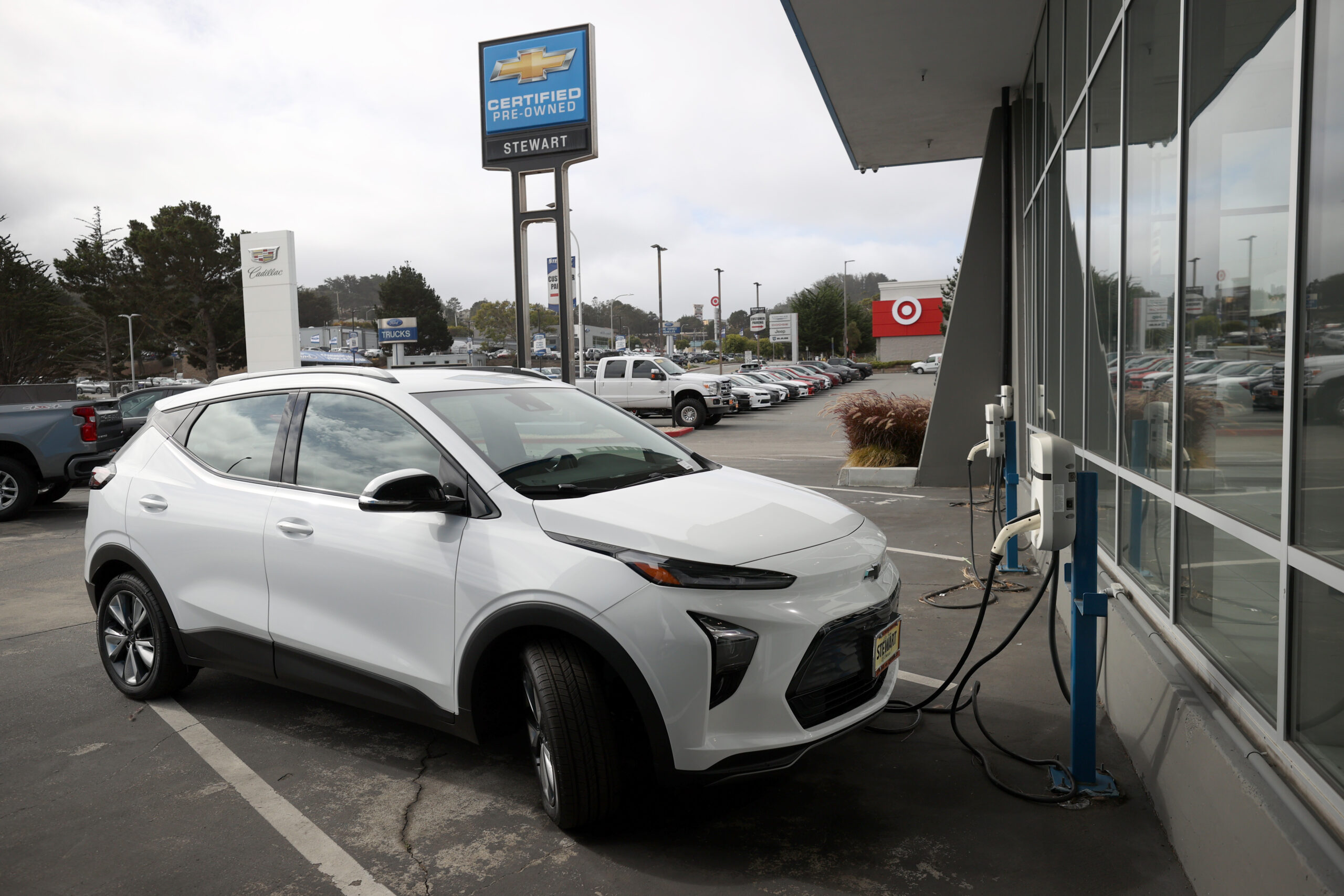 This article was originally published by Stateline, an initiative of The Pew Charitable Trusts.

Over the next two years, they want to embed technology in the roadway that can charge electric vehicles while driving. The wireless system will be the first US test of so-called inductive charging on public roads, according to the Michigan Department of Transportation.

“We are the car capital. We continue to drive technological advances,” said Michele Mueller, senior project manager at the agency.

Officials in several other states, including Florida, Indiana, Pennsylvania and Utah, also plan to test inductive charging on public roads in the next few years.

“This is a great solution to a problem we have today of how to get to zero emissions,” said Tallis Blalack, executive director of the ASPIRE Engineering Research Center, headquartered at Utah State University, which focuses on electric vehicle infrastructure. “If we get this right, we can reduce transportation costs for everyone.”

Electromagnetic inductive charging is commonplace in everyday life – placing a mobile phone on a wireless charger uses similar technology. On roads, coils embedded in the road surface transmit magnetic energy to a receiver mounted under an electric vehicle to wirelessly charge its battery.

Ultimately, wireless highway systems could increase EV battery range, reduce the idle time required to charge batteries, and enable trucks to make the transition to EVs by allowing them to use smaller, less expensive batteries, proponents of the technology say. They envisage inductive charging along stretches of freeway across the country.

Drivers would use a phone app or the vehicle’s controls to decide whether to accept a charge from a road’s coils. Users would pay for kilowatts the same as they would at an electric vehicle charging station, although the system would be free for drivers during test pilots.

Blalack said the biggest challenge in achieving zero emissions nationally is figuring out how to transport the 70% of freight that is now transported by truck.

Without an inductive charging system, it would cost an estimated $150,000 to put EV batteries in every long-haul electric semi-truck, he said. Those batteries would weigh 20,000 pounds, a quarter the payload of a truck. Charging such large truck batteries would require megawatt chargers to charge them quickly, he added.

Inductive charging would eliminate the need for such heavy, long-range batteries, Blalack said. Manufacturing smaller truck batteries would require fewer natural resources and only cost about $15,000.

“We can reduce transportation costs for everyone if we have the right infrastructure,” he said.

Blalack said his center estimated it would take about $30 billion a year to develop induction street charging networks in some regions of the country by 2035, mostly on highways.

“It seems like a lot of money, but you’re talking trillions of dollars to buy batteries for long-haul vehicles,” he said. “It’s a lot cheaper for us to invest money in infrastructure than to build all of these vehicles with long-range batteries.”

The 2021 bipartisan infrastructure bill will see $5 billion distributed across all states, the District of Columbia and Puerto Rico to support the deployment of a network of electric vehicle charging stations every 50 miles along federally designated freeways Are available. But this money is not intended for street pilot inductive charging.

States use their own money to test inductive charging or rely on companies that make the technology to share the cost.

In Michigan, transportation officials have partnered with Electreon, an Israeli company developing wireless charging infrastructure, and plan to begin testing by fall 2023 on a quarter-mile stretch near the refurbished Michigan Central Station that Ford Motor Co. plans to build as the centerpiece of one so-called mobility innovation district southwest of the city center. Officials will outfit an electric shuttle with the wireless receiver.

In 2024, the state will install the technology on a three-quarter-mile stretch of a busy commercial street near downtown. A Detroit Department of Transportation electric bus will carry the receiver, as will a group of electric delivery vehicles, which can also charge their batteries on static pads at designated locations along the route, officials said.

According to Mueller, Michigan is spending $1.9 million in state funds on the $6 million project. Electreon takes care of the rest of the bill.

Mueller said the goal is to understand the benefits and challenges of induction street charging networks and how they might work for public transit, passenger cars and commercial vehicles. Another goal is to reduce motorists’ “range anxiety” and reduce the load on the power grid.

“If you can use inductive charging and static charging, when you get home you’re not going to have these spikes where everyone’s charging their EVs at the same time, so you don’t get spikes on the grid,” she said. “This will even out demand throughout the day.”

In Indiana, the State Department of Transportation and Purdue University are working on an inductive charging project that could power heavy trucks on a state highway near the university in West Lafayette. Officer hope to start building the system in fall 2023, according to Blalack, whose center is collaborating on the project.

In Florida, the Central Florida Expressway Authority is planning a similar project for all vehicles on about a mile of the Lake/Orange Expressway near Orlando, a new roadway under construction and scheduled for completion by 2026. The pilot project will cost about $10 million.

In Utah, the ASPIRE center is working with the Utah Inland Port Authority in Salt Lake City on a project that will test high-power charging technology using electric trucks that move cargo from rail yard containers to local distribution depots.

And the Pennsylvania Turnpike Commission plans to install the technology on 3 to 5 miles of a proposed stretch of road near Pittsburgh on the Mon/Fayette Expressway, although the final site has not yet been chosen, according to Keith Jack, the Turnpike’s director of facilities operations. The agency hopes to launch the project between 2026 and 2030.

Jack said officials plan to first test medium and light charge electric vehicles on the road, so no date has been set for when inductive charging will be available for public use. He noted that he is a big proponent of using inductive charging instead of plugging a vehicle into an outlet.

“If you have to drive 600 miles, most electric vehicles don’t have the capacity to do it. You need to stop for 20 minutes and charge quickly,” he said. “If I’m driving from here to Indiana, I’m not going to stop six times for 20 minutes. We try to make long-distance travel easier.”

The Turnpike hopes to use the electricity generated by its own solar arrays at maintenance facilities and service stations to electrify portions of the induction track in future projects, Jack said. One solar field is already in operation and six more are planned.

“If we can generate the energy on the driveway or in our maintenance sheds, we can feed it into the street,” he said. “As we transition to electric vehicles, we need to think about the relationship we have with energy – where we’re going to make it and where we’re going to use it.”

GET THE TOMORROW HEADLINES IN YOUR INBOX