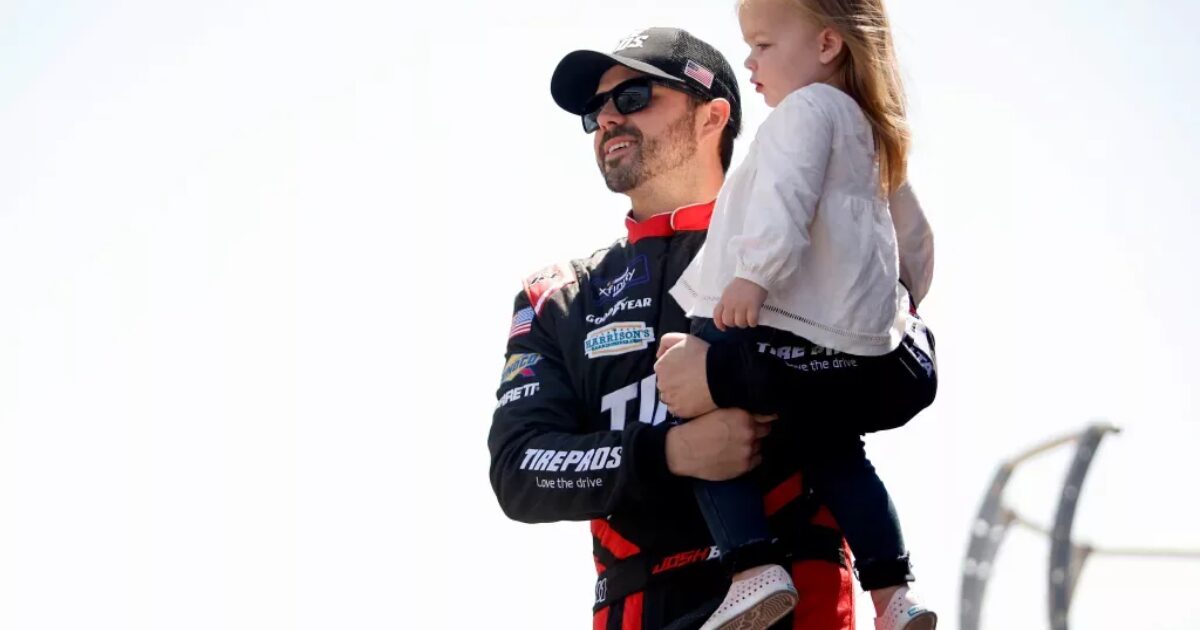 Josh Berry completes a schedule even Kyle Larson has to respect.

During a season that saw Berry race full-time in the NASCAR Xfinity Series and come up short in the championship race at Phoenix Raceway, the 32-year-old also started his season in January with a Super Late Model start at Speedfest, a late model stock start in the Florence Icebreaker and four others start in a late model stock during his free days
all summer long.

That doesn’t even include putting on a headset and serving as crew chief for boss Dale Earnhardt Jr. at his two late model stock starts this season in North Wilkesboro and Florence.

So how does Berry finally begin to wrap up the year before the holidays?

He, of course, has two more scheduled starts over the next two weeks, namely on the JR Motorsports Late Model Stock at the Thanksgiving Classic and on the Rackley WAR Super Late Model at the 55th Annual Snowball Derby.

“Well for one thing you look at Larson or (Alex) Bowman and how much they’ve raced this year and it seems really positive for them,” Berry said Wednesday. “But really, racing the late model stock is about my relationship with this team and what we’ve built there over the past few years and wanting to do that as often as possible.

“You know we left Speedfest at Cordele with Rackley WAR after really enjoying that experience together and wanting to do it again at the Derby. That deal actually came about pretty early in the year.”

Then Earnhardt made the leap back into late model stocks, and his schedule just got busier and busier — not that he’s complaining.

Berry says he’s confident in the program that earned Carson Kvapil the CARS Tour championship and saw him win the Old North State Nationals and the Bobby Isaac Memorial this year, but he also admits it felt a little rusty this weekend could give training.

He says that even Matt McCall, the Cup Series crew chief, who has been unbeaten in the race three times in the last five years, would agree that it’s really difficult to get back into Late Models when you’ve spent most of your time at it year to do something different.

“To me, these cars just require a different mindset than the Xfinity car,” Berry said. “It was actually an advantage for me to schedule this race for Dale because it put me back in the late model mindset to be where I need to be this weekend when we offload.”

It helps that Berry hasn’t allowed herself to get too comfortable between getting in and out of the Xfinity, Late Model Stock, and Super Late Model cars. He also flew to Pensacola earlier this month for a mandatory Snowball test day.

“It went really well,” Berry said. “They have really fast cars, but Willie (Allen) had to really fight to finish this car when he got ripped up early in the All American and then I had a really small window with everything we were going to do.

“They have made some big wins with their Late Model program. It was the first time that I could really only do one test day with Willie. He’s really in.”

Berry made his Derby debut with David ‘Buggy’ Pletcher and DLP Motorsports in 2019, then came the COVID year but he really missed not being down there watching from home last December. He decided, by all means, that it was a race he didn’t want to miss again.

And after going through the full range of practice and qualifying sessions leading up to the main event, he feels particularly well-equipped for the Super Bowl of Short Track Racing.

“A lot is made of qualifying and the associated pressure,” said Berry. “But really, I think I came away from this week believing that what matters is that your car drives well.”

But first this weekend and the Thanksgiving Classic, where he’s the defending champion.

“This track also has a lot of tire protection, but it’s not like Florence, the Beach or Hickory because it’s really difficult to overtake,” he said. “It’s also 250 laps, so it’s the longest race of the year. You have four tires in the box that you can take, but when do you take them, and do you take two and two or all four at once?

“You can’t lag behind like you did in Florence because if you give up too many track positions it becomes really difficult to get back through the field so there are a lot of strategic decisions that will go into this race.”

So if Berry got through those last two races, what does downtime look like after all?

“We don’t have much planned yet,” Berry said. “I probably should have planned more, but we go to races as a family. That’s what we do.

Well, until Speedfest, Icebreaker, and then Speedweeks, because the grind never stops.