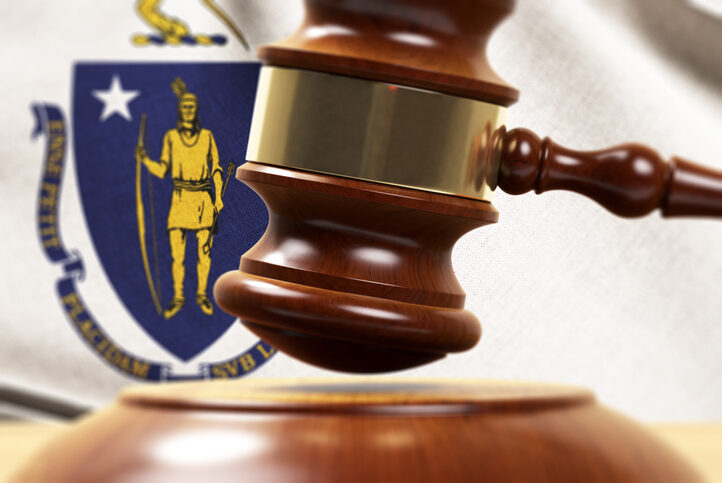 The Alliance for Automotive Innovation (AAI) has asked a federal judge to compel testimony from the Auto Care Association (ACA) in the legal challenge to the AAI’s vehicle data access legislation, approved by Massachusetts voters two years ago.

ACA should be compelled to testify because evidence shows the organization is “at a crossroads” of both efforts and should have relevant information, the AAI said.

“The two laws would share many of the same problematic features – including things like requiring dangerous standardization of authorization to access sensitive vehicle data, excluding original equipment manufacturers (‘OEMs’) from the process of securing their vehicles, and other significant introductions Cybersecurity threats,” said AAI. “But there are some odd differences between the two. These changes make it reasonable to conclude that supporters of the Data Access Act deliberately took a different, albeit still highly problematic, approach in crafting their recent state election initiative.”

AAI has asked US District Court Judge Douglas Woodlock to approve subpoenas compelling ACA to testify in this matter.

An ACA spokesman told Repairer Driven News that it would review AAI’s request before responding.

According to a timeline submitted by both parties and approved by Woodlock Tuesday, Massachusetts Attorney General Maura Healey has until Dec. 6 to appeal the requested discovery. AAI will then have until December 13 to respond.

Massachusetts’ controversial legislation, an extension of the state’s previous right to repair, requires OEMs to equip every vehicle sold in that state that uses a telematics system with “an interoperable, standardized, and open access platform.” Passed in November 2020, the law was expected to come into effect with the 2022 model year.

AAI immediately challenged the law in the US District Court for the District of Massachusetts, arguing that the law required OEMs to violate federal regulations and that the deadline could not be met. Healey agreed not to enforce the law while the legal challenge expires.

The evidence AAI is now seeking “addresses the main issue before the court: whether OEMs can meet the requirements of data access law while meeting their federal safety and emissions obligations,” AAI wrote.

The alliance focuses on four critical areas where the drafters of the Maine Initiative have omitted or changed language in the Massachusetts Data Access Law, suggesting that the law’s proponents “now recognize that it is problematic,” in contrast on the positions Healey has taken at legal defense.

One of those differences, a provision in the Maine Initiative directing the Maine Attorney General to “designate an independent agency” to administer the authorization system for access to vehicle onboard diagnostic systems, is missing from Massachusetts law, the AAI said. That alone gave the court reason to repeal the law, it said.

“[T]The Data Access Act is conspicuously (and dangerously) silent on this issue: Section 2 of the Data Access Act requires that the “standardized” “authorization system for access to vehicle networks and their on-board diagnostic systems” “is managed by one body, not with one manufacturer affiliated” but does not provide a mechanism to determine this “unaffiliated” third party,” AAI said.

That question alone “provides the court with a basis to invalidate the Data Access Act on preemptive grounds without having to address some of the more fact-heavy issues of the case,” the alliance said.

“It is simply undisputed that: (1) there is currently no way for automakers to provide the standardized access that Section 2 requires without their involvement, (2) there is no third party that can perform this role, (3) the automaker cannot fund or form such a company without violating the “unaffiliated” language in Section 2, (4) the Data Access Act provides no mechanism for the formation of such a third party company, and (5) neither ACA nor other industry stakeholders Not with companies affiliated with the automakers have stepped in to fill this gap,” the letter said.

The Maine initiative “also identifies specific (theoretical) standards that the independent body designated by the attorney general should adopt to provide adequate security,” said AAI, another element missing from the data access law.

Two other changes, the omission of two “problematic” sentences, also indicate that the Maine drafters recognized significant flaws in the Massachusetts law, it said.

In its brief, AAI alleges that ACA sponsored the Massachusetts legislature and is advancing the Maine initiative to “gain leverage with automakers.” It said its claim was corroborated by a Nov. 16 article in Aftermarket Matters Weekly, in which an ACA senior vice president said: “‘[W]We want to continue our momentum and put pressure on the OEMs as they currently have no incentive to come to the table.’”

“Accordingly, Auto Innovators expects that ACA will have relevant information regarding the Maine ballot initiative, including the reasons for the differences between the legislative language proposed in this initiative and the data access law,” AAI said.

“Given ACA’s decision to move its efforts to Maine, Auto Innovators also expects that ACA will have relevant information relating to its inability to comply with the Massachusetts Statute — including any efforts (or lack thereof) to establish the ‘entity not affiliated with a manufacturer’ and ‘standardised’ authorization system required by the Data Access Act and efforts to develop the alleged means of compliance with the Data Access Act proposed by the Attorney General in this lawsuit. The discovery proposed by Auto Innovators would cover these limited topics.”

Supporters of the law have argued that it is necessary to protect independent repairers’ access to the OEM data needed for vehicle maintenance and repair. Opponents have argued that this access is already protected by the 2014 Memorandum of Understanding (MOU) between the OEMs and the aftermarket.

AAI has claimed that the new data law would seriously hamper OEMs’ efforts to keep vehicle data and vehicle systems secure, warning that “in the wrong hands, access to that data and to the secured vehicle systems that generate that data could be a… spell disaster.”

In an October filing with the court, General Motors, one of the two OEMs chosen by AAI to represent the industry, said the telematics data it was looking for “has very little to do with diagnosing, servicing, or repairing vehicles.”

“GM’s telematics service, OnStar, transmits and receives repair data only to (a) provide firmware over-the-air (FOTA) updates, with GM making software updates available to vehicle owners at no cost; and (b) send diagnostic reports containing information on the status of key vehicle systems such as airbag, anti-lock brakes, engine, emissions and stability control systems, if Owners request it. None of these services interfere with vehicle owners’ ability to choose independent service providers to service their vehicles,” wrote Kevin Tierney, GM’s vice president of global cybersecurity.