Toyota unveiled the all-new Prius in a livestream event from Japan, with Series Parallel Hybrid (HEV) models set to launch this winter and Plug-in Hybrid (PHEV) models in spring 2023. After Japan, the new Prius will follow in North America, Europe and other countries around the world.

The Prius was first released in 1997. The second generation introduced the unmistakable monoform silhouette of the Prius for the first time and delivered even better fuel efficiency through the incorporation of an advanced Series-Parallel Hybrid (THSII) system. The third-generation Prius introduced a larger-displacement 1.8-liter engine and a more efficient hybrid system to improve fuel efficiency as well as driving performance. With the fourth generation, the Prius first used the Toyota New Global Architecture (TNGA) platform to offer improved environmental performance and an evolved driving experience.

Cumulative total sales of the Prius worldwide from December 1997 to September 2022 have reached approximately 5.05 million units, a reduction equivalent to at least approximately 82 million tons of CO2 -Issuances from March 2022.

2.0 liter plug-in hybrid system. The new Prius features Toyota’s first 2.0-litre plug-in hybrid system that delivers acceleration and smoothness that are vastly improved over the previous model. The combination of a highly efficient Dynamic Force motor and lithium-ion batteries for the high-performance drive achieves a maximum system output of up to 164 kW (223 hp) with the same fuel efficiency as the previous model. This version reaches 0-100 km/h in 6.7 seconds.

The EV range is about 50% longer than the previous model. This means that with improved battery performance, the new Prius can run in EV mode alone for most daily journeys. It is also equipped with a “My Room Mode” that allows users to enjoy air conditioning and audio systems from the external power source by turning on the power switch while charging, making the interior space more comfortable.

On the PHEV, the battery pack is located under the rear seat instead of in the cargo area, giving the new Prius a lower center of gravity and greater cargo capacity. Together, these features ensure a balanced relationship between sporty driving performance and improved operating comfort.

2.0 liter / 1.8 liter in-line parallel hybrid system. This version of the new Prius uses the latest series-parallel hybrid system. It offers satisfying acceleration and responsive driving in a car that responds as expected while maintaining the same fuel efficiency as the previous model. Maximum system output is 144 kW (193 hp) for the 2.0-litre version, 1.6 times that of the previous model, providing appropriate dynamics for the sporty new Prius. 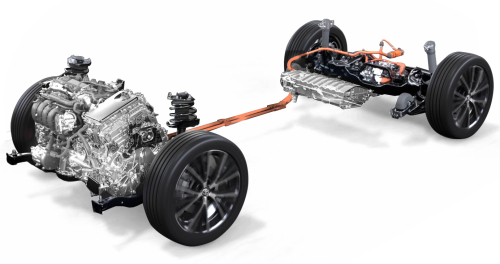 This version comes with the latest E-Four system. Through the use of a high-performance engine and other features, it offers improved uphill performance on low-friction road surfaces such as B. snow-covered roads, and greater stability when turning.

Additional reinforcement throughout the body has increased stiffness and improved smoothness. With MacPherson struts up front and a double wishbone setup at the rear, the suspension system offers straight-line stability, responsiveness that matches the driver’s intentions around corners, and easy directional stability. 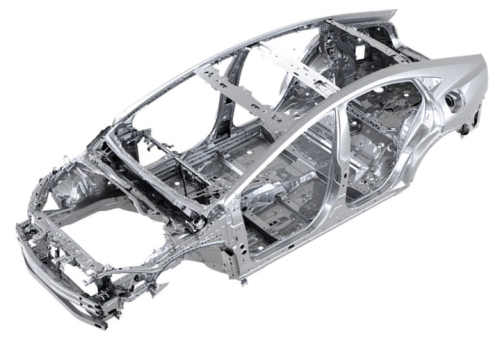 Advanced safety and driving assistance systems. Toyota Safety Sense, the latest active safety package with expanded and improved features, is standard on all new Prius classes. The range of detectable objects has been further expanded.

The new Prius is equipped with Advanced Park (with remote control function), an advanced driving support system. It enables easy automatic parking in and out of different parking situations, and with operation outside the car via a special smartphone app, the car can also remotely park in and out of parking spaces.

The new Prius is equipped with a Toyota Safety Sense monocular front camera, a rear-facing camera for the digital interior mirror and an in-vehicle tachograph. This setup looks clean with no retrofitting of cameras and cables. The data is stored on the ECU to avoid data corruption and other SD card-related problems and to properly manage important camera data.

This model is equipped with two 100VAC/1500W accessory outlets; one on the back of the center console and one in the cargo area. Users can choose the BEV external power supply mode, which uses only power from the battery without having to start the engine, or the HEV external power supply mode, which charges the battery via the engine when the remaining power is too low. 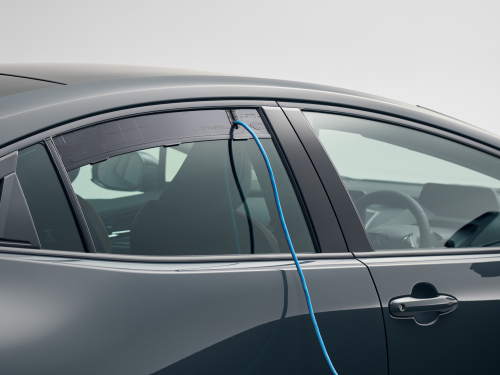 PHEV models are equipped with a second-generation solar charging system that achieves more efficient conversion of solar energy into electricity. This generates power that corresponds to a mileage of up to 1,250 km per year. The power generated while stationary is used to charge the traction battery, with the system providing power not only for driving but also for air conditioning and other functions. Electrical energy generated while driving is used to supplement the auxiliary battery system.