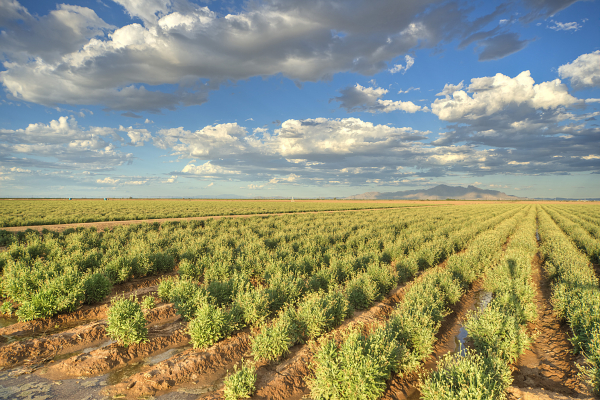 The U.S. Department of Agriculture has awarded Bridgestone and several partners a $35 million grant to continue its investments in Desert Shrub Guayule (previous post) to drive a climate-friendly domestic rubber industry and provide a solution for growers amid the ongoing water crisis in India of the USA to offer the Southwest of the USA.

The grant will be used to expand Bridgestone’s guayule production in the US Southwest with lower greenhouse gas emissions and create regional jobs for farmers and Native American tribes to build a rubber bioeconomy based on low-carbon and sustainable practices.

Other partners joining Bridgestone include the University of Arizona, Colorado State University, OpenET, the Environmental Defense Fund, the Tohono O’odham Nation and the Colorado River Indian Tribes, and eight regional producers in the $35 million -Gayule grant for climate-friendly guayule.

In line with its commitment to using 100% sustainable materials by 2050, Bridgestone aims to commercialize the use of guayule rubber in tires by the end of the decade.

At Bridgestone, we have been committed to guayule as a native source of natural rubber since we began our research initiative on this desert shrub in 2012, to offer a more sustainable solution for our environment and economy. By participating in this larger industry-wide initiative led by the USDA, we can continue our commitment to building a natural rubber industry domestically in a climate-friendly manner, alongside other industry thought leaders who are similarly committed to sustainable raw material production that has significant benefits offers for domestic breeders.

The USDA Climate-Smart Commodity Partnerships were formed to expand markets for America’s climate-smart commodities, harness the greenhouse gas benefits of climate-smart commodity production, and provide direct, meaningful benefits to manufacturing agriculture, including small and underserved producers. Bridgestone received the $35 million grant as part of the first pool of partnerships for the Green Commodity Funding Opportunity. 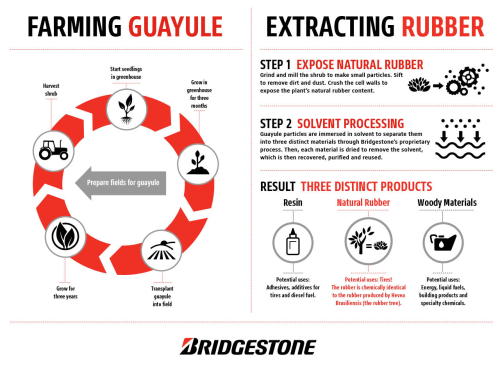 Bridgestone will use grant money to recruit additional guayule growers in the Southwest from local farmers and Native American tribes. Bridgestone is trying to educate local growers on how to implement climate-friendly guayule practices to enable a native US natural rubber industry to have a climate-friendly harvest in a drought-stricken region of the US. The grant will also facilitate grower education by defining optimal agricultural practices to enable carbon sequestration in desert soils, water use, soil health and nutrient supply, and the ecological benefits of guayule.

The $35 million grant will be paid over five years from 2023 to 2027 and is designed to reduce overall costs for guayule growers. Through the grant, Bridgestone is also seeking to use guayule to reduce agriculture’s carbon footprint to 0% by implementing key agricultural practices, optimizing water use in guayule production to match growers’ water allocation, and growers to encourage the implementation of sustainable practices.

Bridgestone began its guayule research initiative in 2012 when it broke ground on a guayule processing and research center in Mesa, Arizona. Today, the Company continues to operate the Mesa facility in addition to a 281-acre guayule farm in Eloy, Arizona. To date, Bridgestone has invested more than $100 million in its efforts to commercialize Guayule. Bridgestone has also received multiple US government research grants for Guayule research and development, including from the US Department of Agriculture (July 2017) and the US Department of Energy (DOE) Joint Genome Institute (September 2021).

Most recently, Bridgestone announced that it is expanding the number of local farmers it works with in central Arizona and is targeting planting 350 new acres of guayule in 2023. In August 2022, Bridgestone announced its plans to invest an additional $42 million to build a commercial cultivation facility with additional investments and expansions through 2030. This investment will increase the capacity of up to 25,000 acres of farmland for growing and harvesting guayule on a large scale in collaboration and partnership with local US farmers and Native American tribes.